This event is free and donations are welcome. 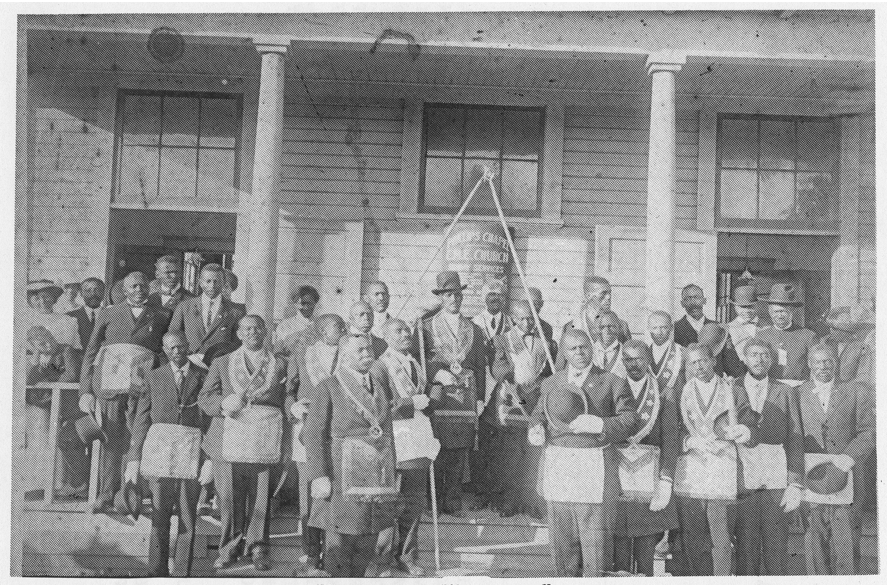 In the second installment of our Santa Monica Mosaic webinar series, historian Alison Rose Jefferson, Ph.D., and social practice artist April Banks will discuss their multifaceted civic project known as Belmar History + Art, which commemorates the erased African American history of Belmar and other nearby neighborhoods razed in the 1950s.

The fully illustrated program will tell the story of a lost local culture that made rich contributions to Santa Monica life during the first half of the 20th century while faced with the discrimination and prejudice of the Jim Crow era. The one-hour webinar will then focus on the exciting project that honors Belmar’s legacy and brings its important history forward to new generations.

The centerpiece of Belmar History + Art is the new 3.5-acre Historic Belmar Park, a sports field located on the site of the old Belmar neighborhood adjacent to the Santa Monica Civic Auditorium.

In addition to the sculpture, the site will include a permanent public history exhibition by Jefferson that includes a dozen interpretive panels detailing the history of the Belmar neighborhood and its businesses, places of worship and residents.

The Belmar History + Art project will also extend beyond the park, incorporating such educational components as grade school lesson plans and a website. An opening date for the park’s exhibits will be announced at a later time. 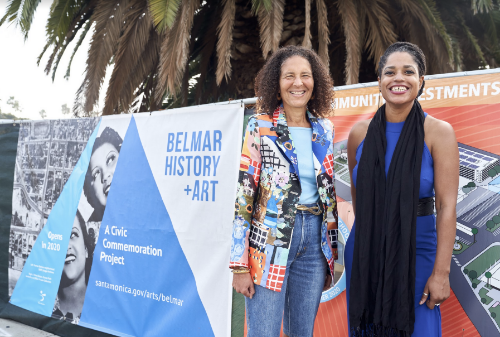 Alison Rose Jefferson -- A third generation Californian, Alison Rose Jefferson (above left), M.H.C / Ph.D., is a historian and heritage conservation consultant. She reconstructs the stories of the African American experience which have been left out or marginalized in the telling of American history as a tool in the struggle for social justice. She is currently working on applied history projects around Los Angeles dealing with the African American experience during the Jim Crow era, including the Belmar project. Her recent book, Living the California Dream: African American Leisure Sites during the Jim Crow Era, was honored with the 2020 Miriam Matthews Ethnic History Award by the Los Angeles City Historical Society. Her work has been noted in KCET programming, Los Angeles Magazine, the Los Angeles Times, The New York Times and other media outlets.

April Banks – Raised in the forests of Virginia, April Banks graduated with a Bachelor of Architecture degree from Hampton (Va.) University in 1996. After migrating West, she obtained a Master of Science degree in Environmental Design from ArtCenter College of Design in Pasadena in 1999. Her unconventional career has straddled conceptual art, social practice and exhibition design. Banks’ conceptual art encompasses photography, installation, writing and collaborative experiments. Recent projects have questioned what we think we know of the past and how it informs our cultural positioning. Banks has exhibited worldwide, including Los Angeles, the San Francisco Bay Area, Chicago, Cleveland, Minneapolis, New York, Brazil, Colombia, Ethiopia, Senegal, Switzerland and United Arab Emirates.